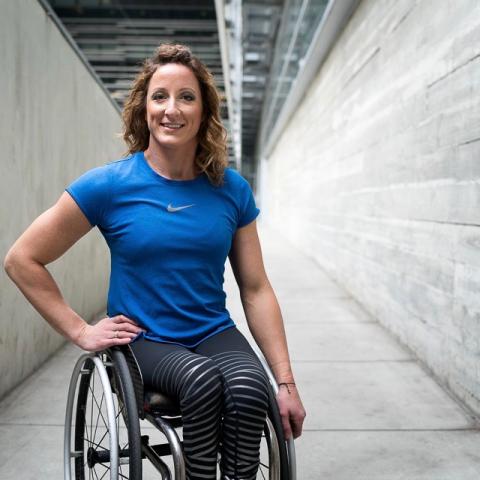 Tatyana McFadden is considered the fastest woman in the world.

She has 17 Paralympic medals (including seven gold medals), 17 World Major Marathon wins including four consecutive Grand Slams (first place in Boston, Chicago, NYC and London marathons in the same year) and has broken five world records in track and field.

Additionally, in 2016 she received an ESPY Award as the Best Female Athlete with a Disability and was selected by Marie Claire for the “first class” of Young Women’s Honors. In 2015 she received the Wilma Rudolph Courage Award from the Women's Sports Foundation, the Juan Antonio Samaranch Disabled Athlete Award from the International Olympic Committee, and was named Sportsperson of the Year with a Disability by the Laureus Foundation.