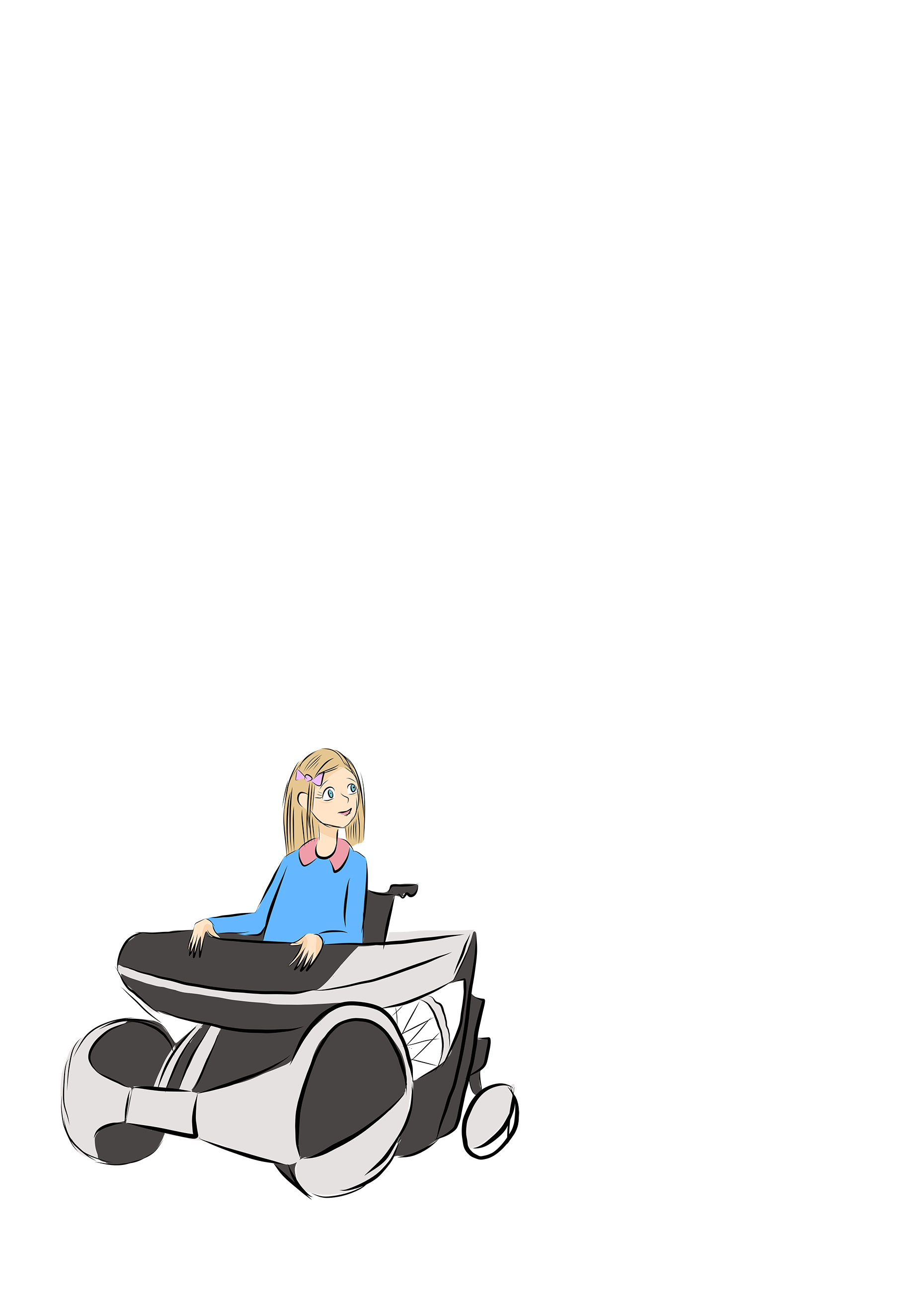 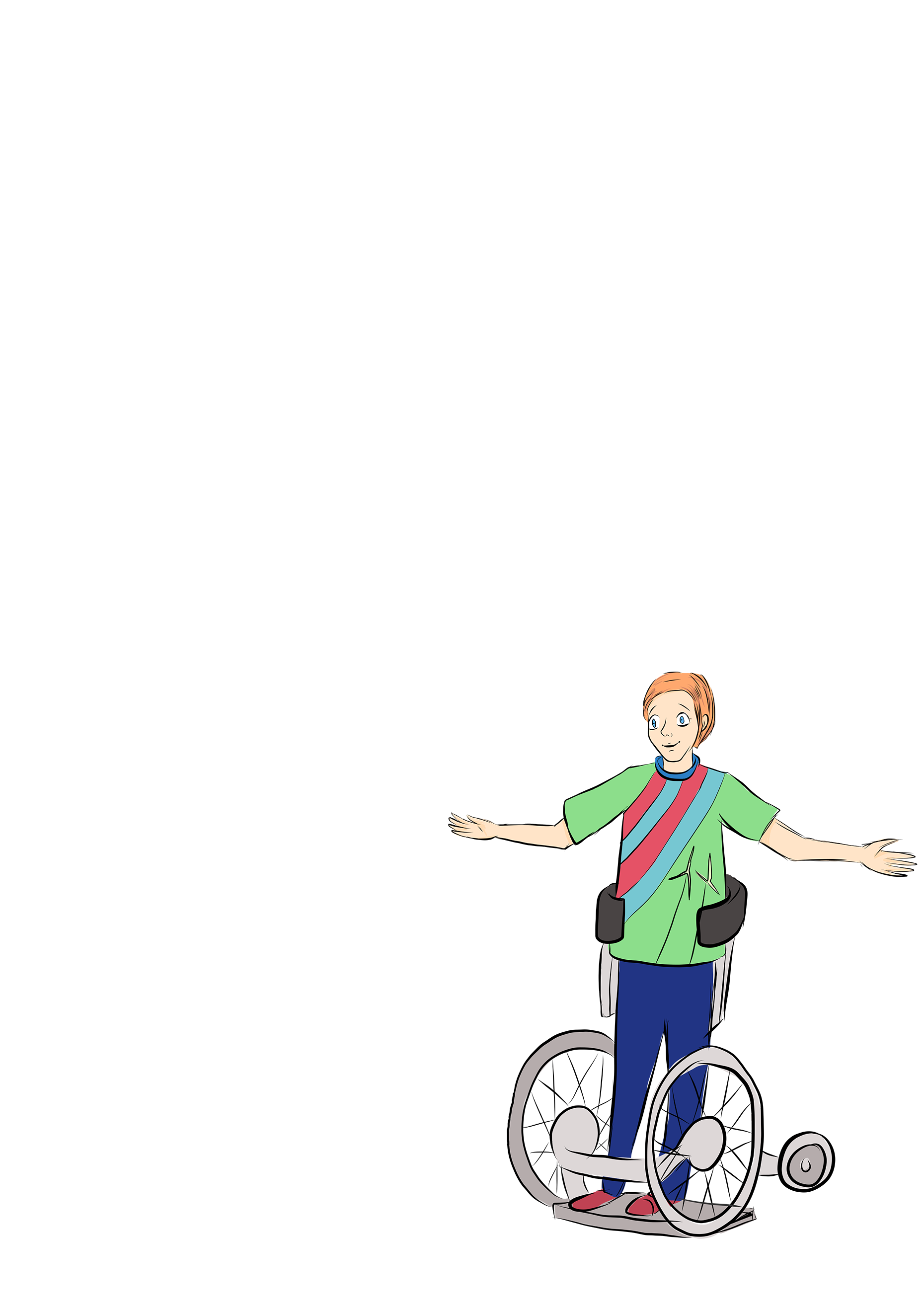 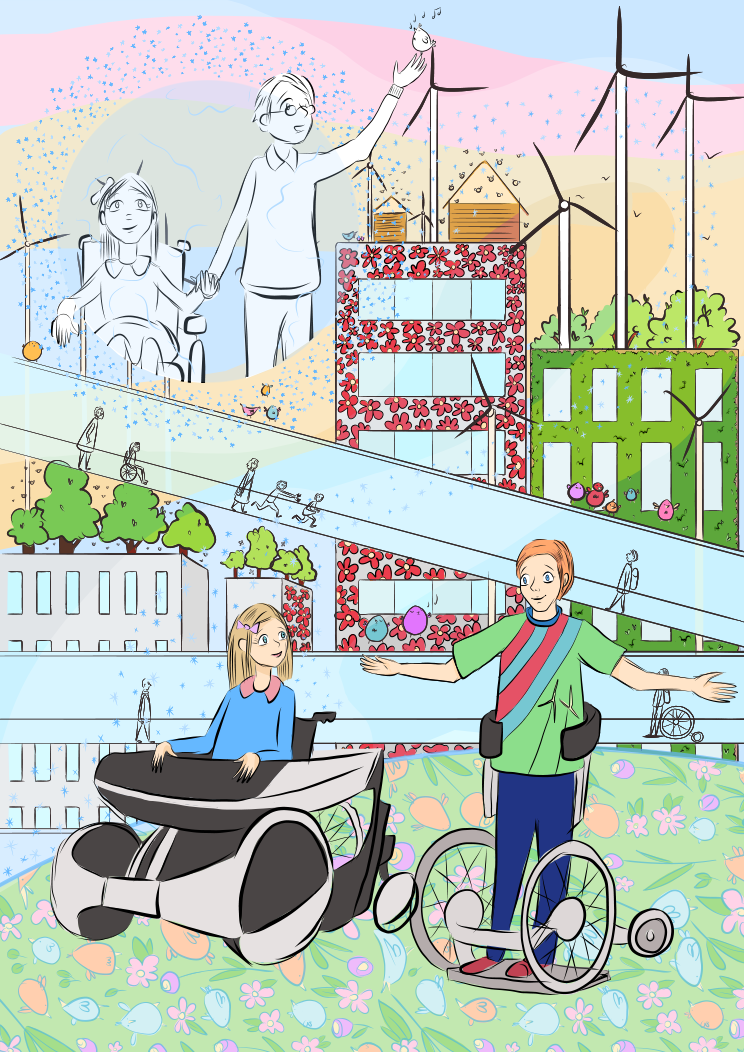 Skye stared at a huge globe of the world. It rested on a stand, tilted to one side. Grandma told stories about it. A long time ago, women spun magic into it, she would say every day, and Skye would laugh. Gran was always so silly.

Skye sat in their lounge, which wasn’t very exciting. All afternoon, Dad had dragged down old science magazines from the attic. He told Skye it would be fun laughing at them, seeing as it was raining too hard to go to the park as they usually would on a Wednesday.

Skye was grumpy, and the magazines smelled horrible, but she tried to stop sulking about missing the park. Sorting the contents of the loft was Dad’s world; she secretly loved it when they were together, especially when Mum was away working at the Maneki-neko Energy Hub. Though she couldn’t let him know she adored these times. She was almost thirteen, and it was too soppy to let on.

‘Look at this, Skye,’ he said, holding open a page with a dated photo. ‘How do you think astronauts will look in the next ten years?’

Glancing at the dreary picture of a man in an orange spacesuit and great big helmet, Skye shrugged and tapped her fingers on the globe. Dad shook his head at her lack of response, and she flinched that he seemed sad. But these magazines were boring, and it wasn’t her fault.

Skye contemplated the date. It was a long, long time ago! Before mobile phones and internet. Even Dad wasn’t born then!

She shuddered and noticed the rain making patterns on the window. There would be no park today. Dad reached to pick up another magazine, then stopped to reach out his big hand for hers.

‘I wonder what’s happening in the world, and I wonder what will happen to you Skye,’ he said. She knew he was often upset for her because she used an old wheelchair. What’s worse was that lots of people didn’t understand that she wanted the same as all the other kids. To do fun stuff with no one nagging. No one telling her that she couldn’t do things.

But she knew Dad was worried about the future. That people would not be around to help her and that she wouldn’t be able to live the life she so deserved. Even when he didn’t speak about it, Skye knew that he was scared about her growing up.

The rain kept coming. It wasn’t fair that he had to worry so much, it wasn’t his fault. Still, a twinge of guilt came across her when she looked at him.

She would show him. He didn’t have to be upset because kids knew things, and kids were going to make the world better.

Skye took charge as Dad smiled his daft grin. Excitement grew in her stomach as she gently stroked the globe with both her hands, like a fortune teller caressing a crystal ball. She recalled that Dad had said it was antique and in the family for generations. Gran had said time and again it contained magic. Skye would test it right now.

It took a bit of effort to manoeuvre in her old wheelchair, but she managed to get close. She put her fingers over a few places. Patagonia, Tibet, Borneo. She loved the colours and the deep turquoise of the sea. All that tiny, tiny writing.

‘Now Dad,’ she said seriously. ‘Look at the globe, and I’ll spin it. We’ll count to ten slowly. The magic will come. We’ll fly up in the globe and through the clouds! We’ll be like astronauts, but we’re not going into space. We’re going into the future!’

As Skye counted, Dad started to laugh, and she laughed too because Dad trusted her and knew she had super-powers! He told her that every day.

As the globe continued to whirl, it expanded. A tiny bright circle grew over the Pacific Ocean, getting bigger until they could move inside it. They rose up above the house, into the clouds in slow motion, gazing out from inside the globe which was now almost transparent. Holding her dad’s hand, the globe-ship flew gently until they came to their park. Skye noted it looked different, but she knew for sure it was her favourite place.

‘It’s so green again, Dad!’ Skye exclaimed. ‘I told you us kids would sort everything out. We’ve saved nature!’

Together they dropped down, and Skye eased her wheelchair forward.

A boy was sat on a bench. She noticed two large wheels at his feet. He lent his body forward, pushed gently on the seat of the bench with his hand and smoothly stood. He was using a wheelchair like none she’d ever seen – well, not exactly a wheelchair, in fact not a wheelchair at all. Yes, it had wheels, but it supported his whole body and allowed him to sit and stand and comfortably move whilst totally upright. He had a cheeky look on his face, and Skye was surprised that she liked it.

Glancing down at her chair, he recognised they came from the past. He could tell she was fascinated by his device.

‘Hello, I’m Flynn. This is the Qolo. It helps me stand up when I want to without me struggling,’ the boy said and smiled at Skye. ‘Wheelchairs have changed lots. So has this park. There are loads of great things here now. Have you seen the WheeM-i? You can go far in that!’

Skye looked at him, then to her Dad, before she looked back at the boy.

‘I’ll show you,’ he said. ‘The WheeM-i station is near the wind turbines. The latest models too.’

Skye was never sure about boys, but she definitely liked the idea of following Flynn around her futuristic park.

Everywhere they gazed there were plump birds of all shapes and sizes and red squirrels running across the path before them with juicy nuts between paws. The wind turbines had a soft murmur as they gently turned, producing energy. She liked that they were painted with crazy patterns and fun graffiti.

The boy in the Qolo spoke up. ‘Of course. Lots of things have changed in the last ten years.’

Next to the turbines were a line of boldly coloured machines, like wheelchairs or buggies. Skye tugged her dad by the hand.

Flynn moved forward. ‘Here’s the WheeM-i. Put your palm on here,’ he said. ‘It will log in your details, and then we’ll explore. You don’t have to worry about your old chair or getting tired.’

Skye loved how the WheeM-i held her chair in place. She felt safe and excited as it left the parking bay.

‘It smells different here.’ Dad sniffed the air, looking puzzled. ‘It’s as though something is missing.’

Skye was positioning herself by Flynn, but she turned to her father.

‘That’s because the air here is clean. I told you we would do it,’ she said as he sat down on a blue park bench.

‘I like this future, Skye. I’ll try not to worry so much.’

A rush of excitement and happiness made Skye’s cheeks warm. She placed her hands on the control of the WheeM-i and looked to Flynn beside her.

‘Ready?’ He asked and raised his eyebrows playfully at her.

Flynn took off through the park, the Qolo allowing him to move at a fair pace. Not wanting to be left behind, Skye followed in the WheeM-i, it purred alongside him as she caught up.

Skye loved the future she saw. Everywhere around her, people were happy, the colours of flowers and trees seemed more vivid than any she had ever seen. Pausing by a bed of giant red blooms, the happy buzz of honey bees filled the air as their crimson petals opened..

‘They were grown on Mars,’ Flynn said and winked.

‘No, we’re not quite there yet!’, his bright eyes telling her he was only kidding.

Skye giggled as a soft wind blew across their faces. They chatted like old friends, and she felt strong and happy. But as they came around the circle of the park pulling up next to her globe-ship, she knew the WheeM-i was not hers to keep. The globe-ship belonged far away in their lounge and would eventually stop spinning. Soon the magic would fade.

‘Don’t worry,’ said Flynn reading her mind. ‘I’m in your future. You will see me again.’

Face hot, she grinned as she slowed down beside Dad.

‘I won’t worry. I’m not scared of the future. Not so much anyhow,’ he said. ‘And Mum will feel the same when I tell her about our daughter and her superpowers.’

Before she knew it, Skye drifted out of the marvellous WheeM-i, with her Dad’s hand firmly holding hers. Finding themselves inside the globe-ship again, they floated high into the clouds once more before gently returning to the lounge. Slowly she opened her eyes.

She stared out of the window. ‘That’s alright, Dad, but let’s not go to the park. You’ve got a lot of magazines to tidy, and maybe you can show me some more pictures of astronauts. I think I might like to be one when I grow up.’

Penny Pepper is an acclaimed wheelchair-using author, poet, performer & disabled activist based in the UK. A genre-defying and versatile writer, Penny Pepper’s focuses on the examination of difference, inequality and identity. She tells stories we haven’t heard, connecting her experience of the world to the universal experience, making others see the world differently. Penny was included in Able magazine’s list of the 10 most inspiring women with disabilities.