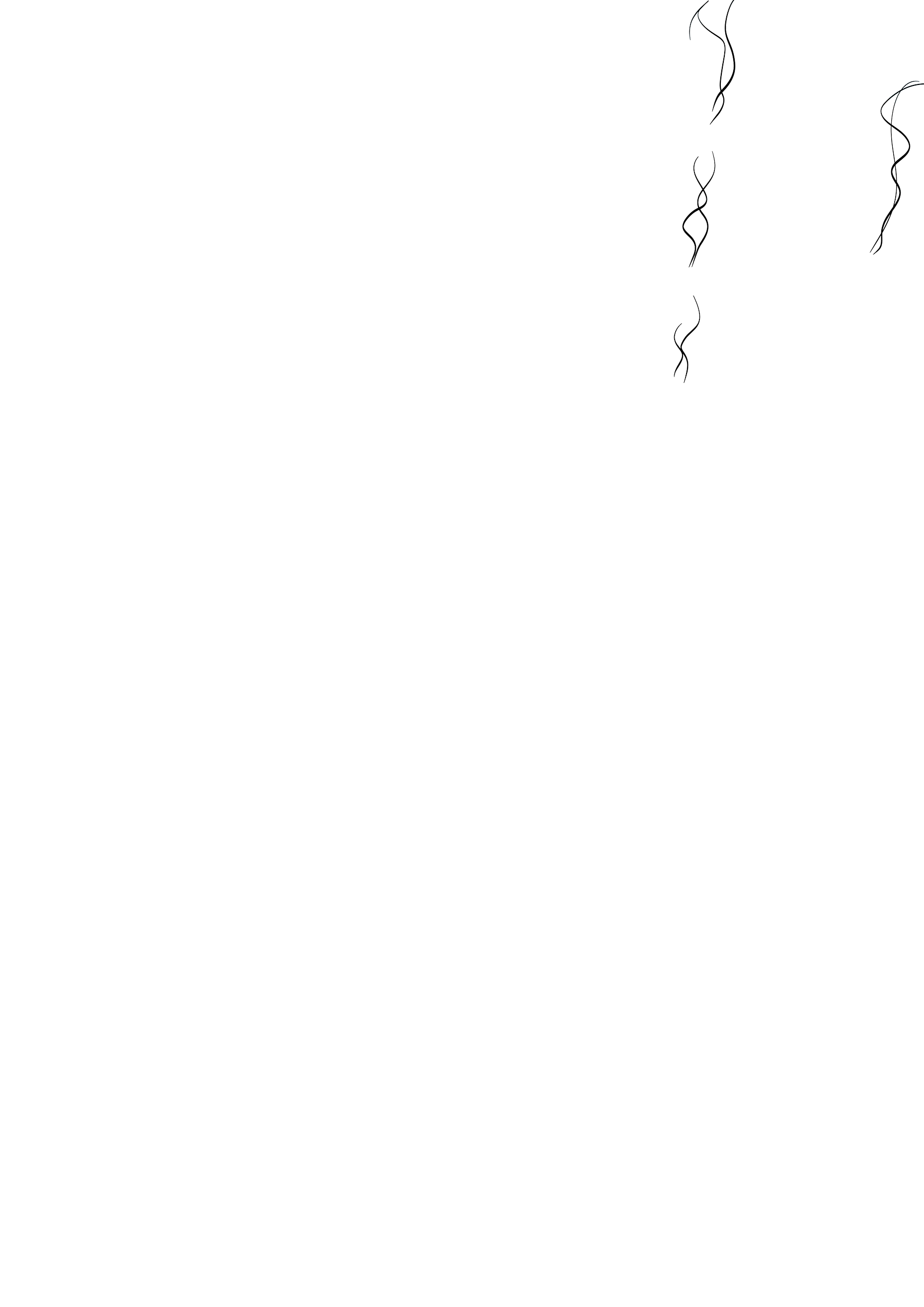 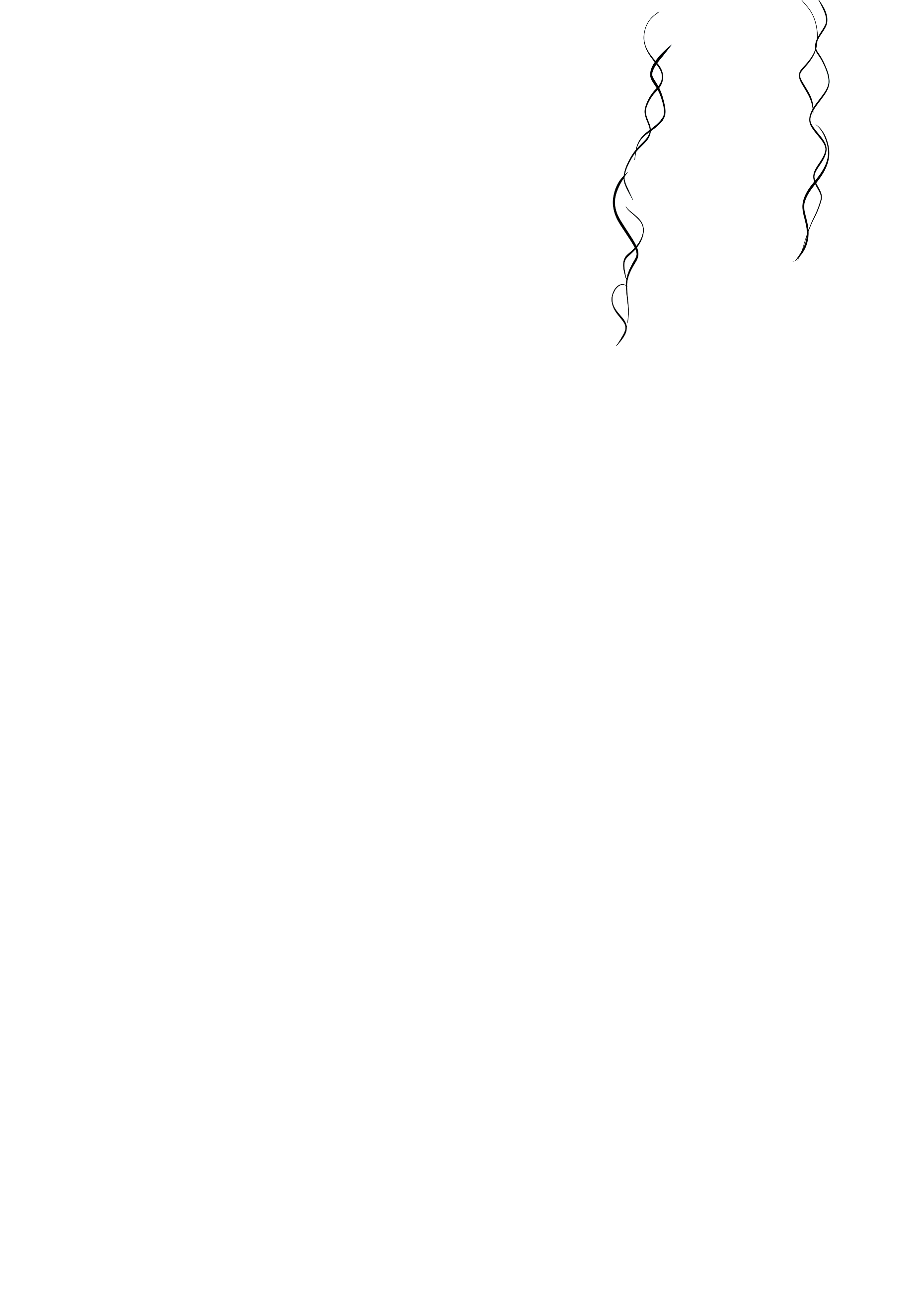 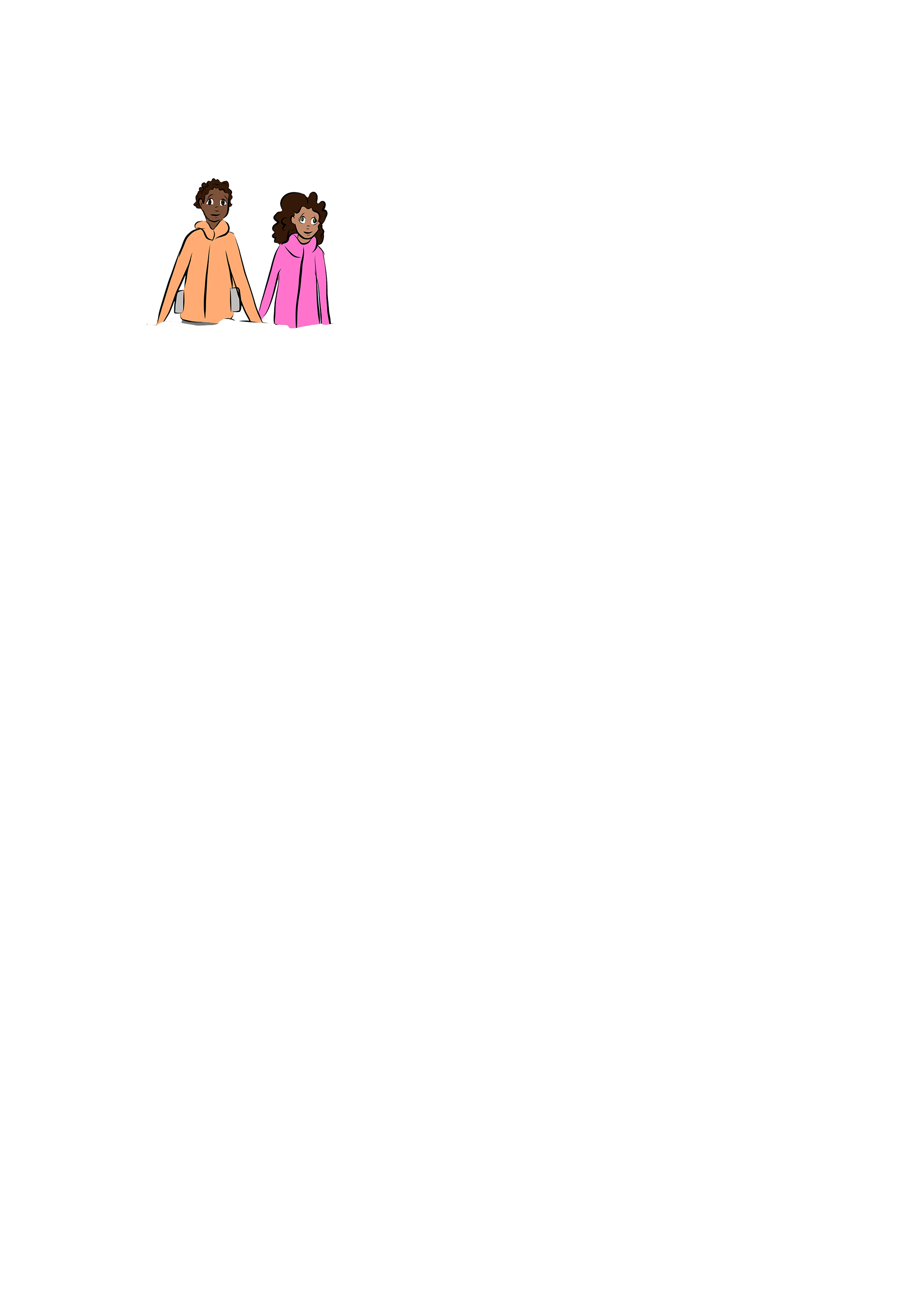 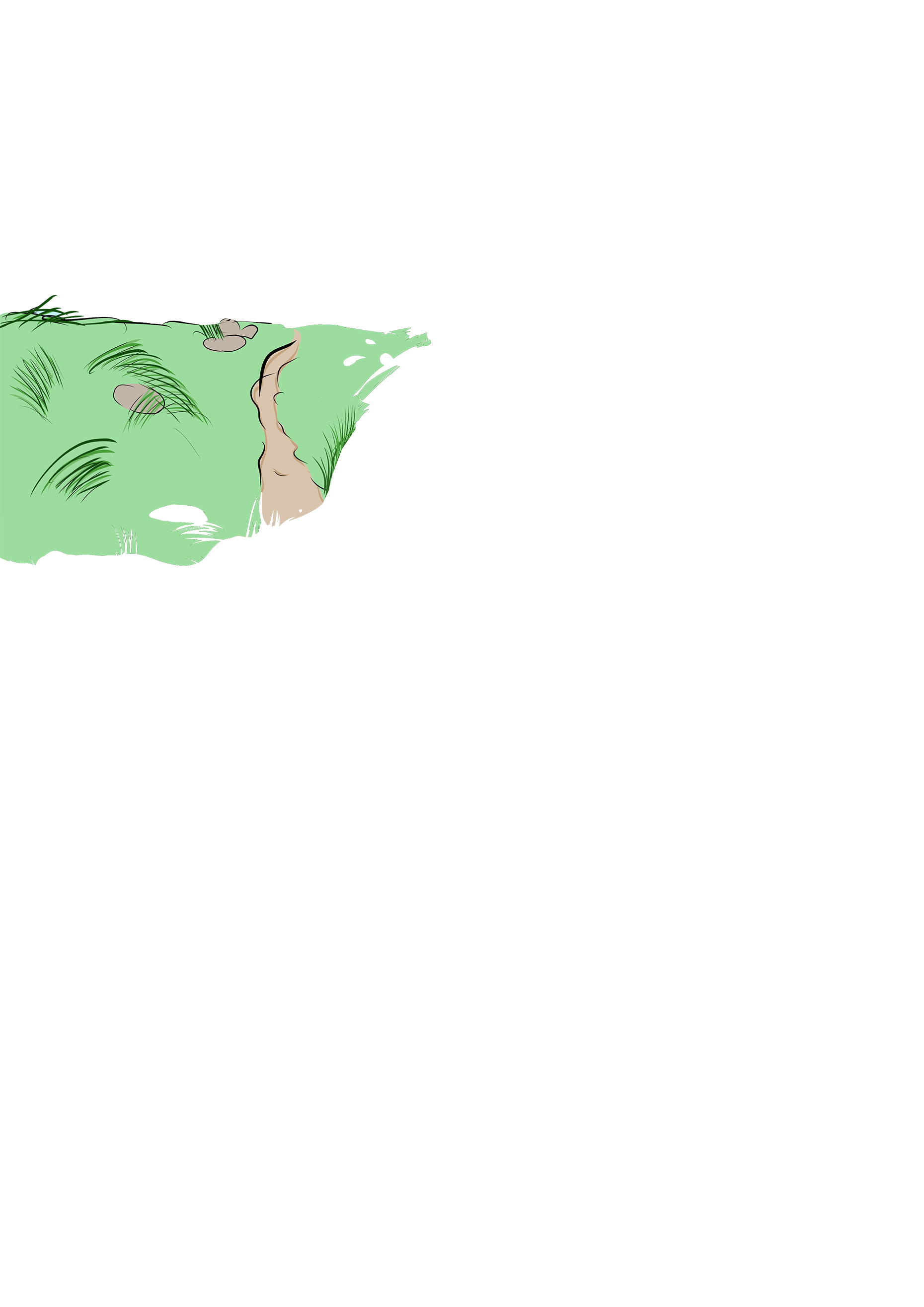 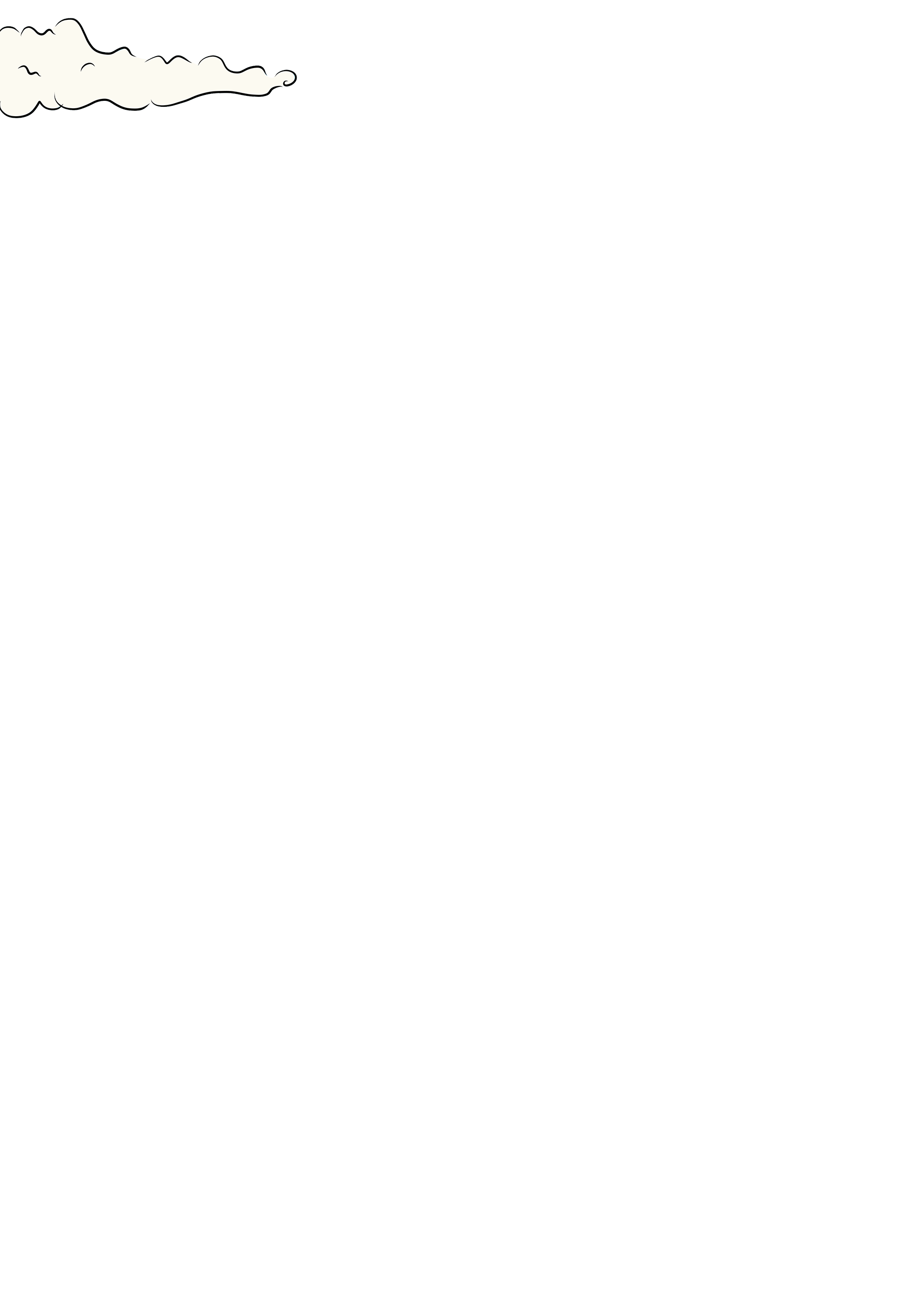 Let Me Show You Something

Carter fidgets for the entire drive there. This will be his first hike since the onset of his leg paralysis, and he aches for the woods. He’s grateful for the self-driving car taking them out to the hiking trail. But the wait during the drive is more tedious than any physical therapy session he’s done. Thankfully, Zia is with him.

Zia sits casually beside him in a loose beige sweater, scrolling through pictures on her phone. So many high-res memories of the hikes they used to go on together. Half their dates had been on sweltering or freezing hiking trails.

He asks, “Which one was your favorite?”

She makes a lovably theatrical show of thinking it over. “Remember that first Algonquin path? We both slipped trying to climb under the waterfall. And at the bottom we found that gem thing. It looks like jade, but paler?”

Carter says, “That was aventurine. The rangers had never seen anything like it on the trail before. I gave it to you. Did you lose it?”

“I never lose anything.”

“Good. It complemented your eyes.”

She has the palest greens he’s ever seen. Apparently, they’re common in the town in Pakistan where her mom is from. He’d love to hike there someday. He’s determined to.

She says, “I bet your favorite was that small mountain on a lake. Mount Kineo? You remember the one in Maine?”

He nods effusively. “The one that looked like a grumpy face.”

“It didn’t look like a face to anyone else.”

He reaches for her phone, “Let me find the picture. It totally looks like a head and slumping shoulders. Not a lot of mountains look like people.”

Zia sticks her tongue out at him. “In fact, none of them do.”

“Well, today’s sight is going to knock your socks off.”

Zia checks her hiking boots and sasses him. “Was I supposed to wear socks?”

The car quietly hums and slows to a precise stop. It parks itself with the tail-end pointed at the entrance to the woodland path.

It doesn’t take Carter long to put on the Quix. It’s snug on his hips, and he settles his lower back against the cushioned support. He snaps the bands around his shins with one hand, its carbon-fiber frame lining the sides of his legs. His sneakers land flush against the device’s foot rests.

It doesn’t look bad with his brown corduroy jacket. Even after all these years, the old jacket still fits.

Devices like this used to be rare. Until his twenties, Carter had only ever seen one exoskeleton, used by a senior tech in his factory. It had been much clunkier than these modern models. In just a few years, mobility devices had become common enough that anyone could get one.

Carter’s best friend at work has a Qolo, an advanced wheelchair that supports his body to shift from sitting to standing, depending on the task, and lets him maneuver whilst fully upright. It was a lesson Carter was forced to learn for himself – too easily, others see the chair, not the person– the freedom to stand and sit at will and to move with ease at the same eye-level as able-bodied friends and co-workers makes a world of difference in changing those perceptions. Both Carter and his friend use these devices for more than just their jobs. People take them to the grocery store, to town parks, and down wedding aisles – wherever they want.

Today, Carter is taking his out to reclaim the wilderness for himself.

He takes a test lap around the car. The modular actuators in the Quix bend his knees and lift his legs for him in a smooth stride, while giving his upper body the support he needs to balance. He’s heading for the flags marking the hiking trail before Zia’s even ready.

Zia shoulders her backpack and says, “That didn’t take long!”

He gestures to the frame around his thighs and laughs. “It’s not exactly the armor-loader-thing from that old movie Aliens.”

She teases, “Are you showing me aliens today?”

“No. But it’s still a surprise. You’ll know it when you see it.”

They embark up the trail side-by-side, along a grove of hollies and sugar maples so bright they’re almost teal. These are the most trees Carter has seen in person all year, and he gleefully lets them surround him. Forests like this have been preserved and expanded to help combat the changing climate, and he couldn’t be more grateful.

The path is well-packed dirt, with trampled grooves where most people have walked. Carter directs his Quix along those contours and savors the crisp air. He’s never been here before, but it feels like coming home.

Zia keeps an eye on his device-assisted steps, not saying a word, though clearly she’d lend a hand if he asked. That’s why she’s the only person he’d ask out on his first hike. She’s been there for plenty of tedious specialist appointments and physical therapy sessions. They have a rapport he struggles to put into words.

Zia adjusts her hearing aid and says, “Hey. You’re making the mad-genius face again. Something on your mind?”

“I was just thinking about you.”

She snorts at him. “You were thinking about that mountain that doesn’t look like a face, weren’t you?”

“I was thinking about a bunch of waiting rooms where I didn’t have to wait alone.”

“My pleasure. I’d never finish a crossword without you.”

She’s so distracted being clever that she kicks an exposed root and staggers. It’s a graceless stagger, her arms splaying, and she catches herself against a holly tree. Like all the times he’s slipped and she’s let him decide whether he wants help, Carter gives her space.

While she corrects herself, he adjusts the Quix and stoops enough to grab a fallen tree branch. He tests it with some of his weight, it’s fresh and sturdy. He offers it to her.

That gets him one of her patented icy glares. It’s frigid on top, with a suggestive curl of her upper lip that’ll crack into a smile any second now. “Seriously?”

However, she accepts the branch. When he lets it go, she squeezes his hand. Her thumb and his pinky finger snag in a moment that’s awkward, but tender and makes the whole trip worth it.

He hasn’t even shown her the special sight yet.

Zia asks, “Is the surprise close?”

“I might have a surprise for you too. Depends how good your surprise is.”

“We’re going to have dueling surprises?”

He’s keeping up decently. This is a low-intensity trail, but still, there are nerves. His back burns dully, and his brow beads with sweat, feeling the exercise. This is not the same as the gym or physical therapy. His muscles work differently on the trail with the Quix, in the forest. It aches like a good choice.

The sound of the falls is obvious. A river grows alongside the path, and the trickling becomes the throaty roar of the spill ahead. There are no subtle waterfalls.

The river pours thirty feet straight down, turning into a foaming spray that makes the pond below look like a fresh mug of beer. Carter wipes sweat from his brow as they approach a fork in the trail. One way leads down and around the waterfall. The other to flatter terrain, crossing a sturdy bridge over the head of the waterfall.

He walks the Quix across the bridge. He stops at the center to look down along the spill with Zia. He has never smelled air headier than this.

Waterfalls were always their favorite. Zia dangles over the side of the bridge, snapping photos of everything, her hair becoming damp in the mist. She sidles in close against him to take a selfie with the cascade tumbling behind them. They make peace signs and grin like dorks.

“I picked it out just for you.”

Then she puts a hand over his and says, “I actually wanted to show you something, too.”

Zia touches her right jeans pocket and lowers like she’s going to fix her boot. Once she’s on one knee, she looks up at him and holds out a small, velvet box. Carter freezes, feeling like he’s caught in a beautiful wind.

She opens the box to reveal a gold ring with a peculiar outer lining. It’s streaked with fine bits of pulverized aventurine, as pale as Zia’s eyes. He can guess what stone she used for the aventurine dust.

She says, “Carter. You’ve been in every best part of my life. I don’t even remember when those parts started becoming whatever part you were in. Will you join me for the next part? Will you marry me?”

Even the crashing water cannot muffle how loud he yells.

He rests his palms on the sides of the Quix, the ring tapping against the frame. This is the farthest he’s walked in over a year, and sure he’s sore, but he isn’t done out here.

He asks, “Up for a little more hiking?”

“You bet your life.”

“Good. Because there’s a lot more ahead.”

John Wiswell is a disabled writer who lives in New York. His work has appeared in Nature Magazine, Uncanny Magazine, and Fireside Magazine, among other places. John Wiswell is adept at weaving in humour into his work, no matter the genre. John is an accomplished science fiction, fantasy and horror writer, mostly known for his descriptive and unique short stories.